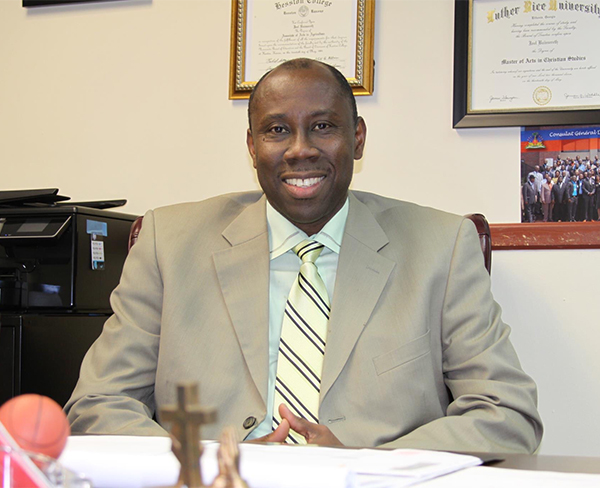 Serge Gustave Sr. was born in Cap-Haitien, Haiti. The fourth child of eight, he learned early on the importance of understanding what it meant to follow and what it meant to lead. He left the country and family that he called home in 1980 to begin a new life in America. Once in Miami, Florida, Mr. Gustave was a Haitian National Soccer Team player and also played soccer for Miami-Dade College. After two years of living in Miami, Mr. Gustave moved to Atlanta, Georgia. Once in Georgia, Mr. Gustave joined Haitian Ministry Theophile Church in Christ as a non-member. In 1989, Mr. Gustave was baptized at the church and in the same year married his loving wife, Emmanuella Gustave. Over the next decade, Mr. Gustave continued to work serving the Lord as well as being a father of five and a husband. In 1991, he served as president of the Soldat men’s group of the church.